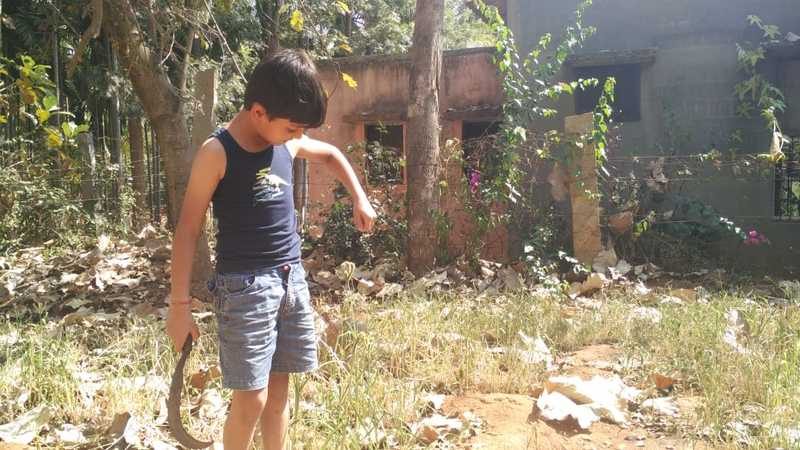 I had an idea to make a plough. Das made it for me. Ritwik and I would use it in the sand pit. We made our plough better by adding a place so that two people could act like the cows and one person from behind could act like the farmer. When we were playing ‘farm-farm’ in the sandpit with the plough I felt like growing ragi! Tanu didi said that the sand pit was not the right place for that, so we took another spot of land near kaze. 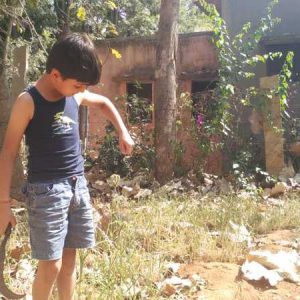 The area was full of grass so we had to work hard to remove it. We cut the top of the grass with a sickle and then dug it out with a hoe. Then we cleaned the spot, we took out all the stones and made a pile near one spot. Then Shivaji anna came with his tractor and ploughed it for us, another thatta came with Shivaji anna. We built a fence so that the cow wouldn’t eat up the growing ragi.

One day Shivaji anna said it might rain, so we sprinkled lots and lots of seeds around.

After a week it was growing like a forest. I needed to water it every day.
I had planned to give the ragi to Das, Puttaakka,Nagama,Hemaakka ,Shivaji anna,Shibumi and take some home. I had also planned to sell some at the market.
February the Ragi would be ready for harvest.

But I never got to see the ripe ragi! The bandicoots or I don’t know maybe one hungry bandicoot ate up all the Ragi! 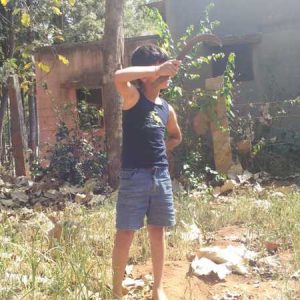