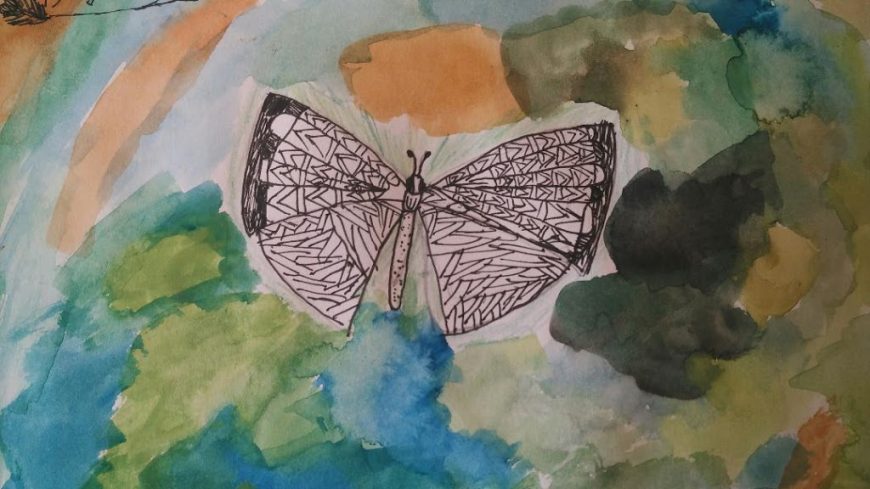 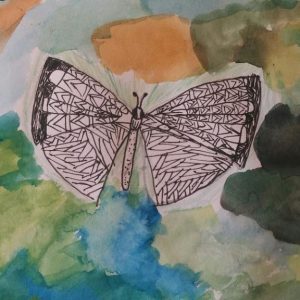 We were away in the forest of Angadibail for ten days with our youngest group of children. Fourteen young minds between the ages of 5 and 9 were off on this little adventure together. 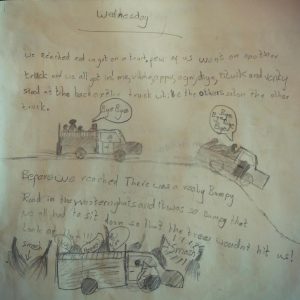 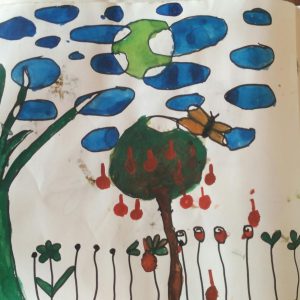 We reached Angadibail. It was a forest. There were farms surrounding this area. There was a stream nearby. It was soooooooooo amazing. In the forest we saw Malabar giant squirrel, Panther poo, languor and many birds.
Do you know that langoors kill the Malabar giant squirrel and just leave them there?
At  night it was dark, little fire flys would come out and there would be a little sparkling glow in the trees. We could see many stars at night without the city  light and noise. In the morning the forest was full of chirping sounds. It was beautiful to live there.
– Vibha (9)
We were greeted in the forest by Savita’s amazing team. Ishwar Anna, who is full of the most amazing forest stories. Kafeel , who was our guardian angel. Baby akka, who always managed to cook some delicious food for us. Beera, the dog who had once met a leopard ! The cows, the hens and the cutest kittens! 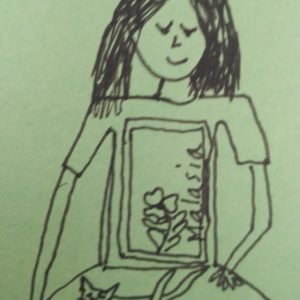 Bella and Thuppa are two really small kikkens. They both have the same pattern on their heads. When i see the kittens I really feel like touching them but instead I sit next to them. They automatically come and sit in my lap and I can feel them purr.
On our last night at Angadibail we couldn’t see the kittens anywhere. I thought they might be playing somewhere so i wasn’t worried. We all went to sleep. In the morning I went to the kittens basket, when I looked inside, the basket was empty! Now I was starting to get a bit worried. I kept wondering: If I was a kitten, where would I go if I go? I kept repeating this and finally decided to go look for them. I went to the chicken area, but they were not there. I looked for them near the cow shed, but no luck! I looked for them in the warmth of the kitchen, but they were nowhere to be seen.
I told Ganga Aunty about the missing kittens and she assured me that they will be around somewhere. My search for them ended with the breakfast gong. In my thoughts I was still looking for them. We didn’t see them all day. When I was in the boat to the beach I was thinking about them. I figured they were lost and hoped they were safe. While we were at the beach, I sat next to Tanu di. Mahiti and Bhavya were already cuddling there. Tanu di told us a silly story about how the little kittens had become big fire balls and that they would never come back. After that Bear (Kafeel) told us a sweet story of how the kittens got lost, but he said nothing about them returning.
In the morning while we bounced in the waves I had forgotten about the kittens. We were soon chugging along in a train back to Bangalore and at night Savita Aunty called to tell us that the kittens were back! I was delighted!
(I teased Tanu di about the super silly story that she had cooked up!)
Zain (9)
Our ten days were full of leisure, star gazing , story telling, forest walks, boat ride on the river and one night at the beach! 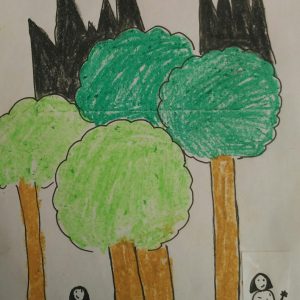 We had almost reached Yaaana when we spotted two different paths. We didn’t know which one of the two to take! It was only Mauliki, Mahiti, Vibha, Bhavya and me!!
We took the risk of going straight and entering Yaana while Vibha kept telling that “We were going to be lost  forever!!!”
“Oh God!”
There were so many people there but there was so one we knew.  We came back and started calling for help. After some time of calling we heard another call. It was Kafeel anna.
“Wow! What luck!”
After sometime we saw Tanu didi, Kafeel Anna, Aman, Zaid and Dinesh anna. We went with them and to our surprise we ended up on the same path. We saw Nachiket , Zain and Sharad Bhaiya waiting for us.
“What!?? We didn’t even notice them there!”
– Advaith (9) 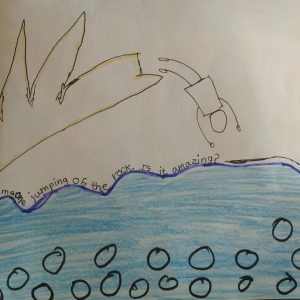 When we went to the beach we went to the restaurant area to get firewood for the barbeque. There was a man. When he saw my hair he said “ Oh Wig! Wig! You wear a wig!” He then tried to pull my hair off!My hair didn’t come off. Nachi and I laughed so much!
Another man gave us firewood.
-Om(9) 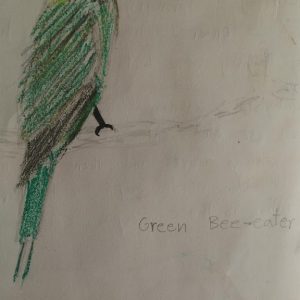 Squirrels, Giant Malabars!
Aracanut, coconut, cashewnut trees,
Sunbirds, hornbills, butterflies and bees!
Sugarcane, machaan, fields and stream,
Savita, Ishwar, Kafeel’s team,
Pebbles, pods and fish of the stream!
The day’s over and now is night,
Next to the fire,under the stars bright.
–         – Sharad

Nugli akka with her tribal stories and Capt. Preetam with the stories about the stars were some of our forest treats! We also did leaf art, brick making, basket weaving and so much more!
animals, Artwork, Education, Exposure, nature, Students Write, Trips