Seeds for an interaction 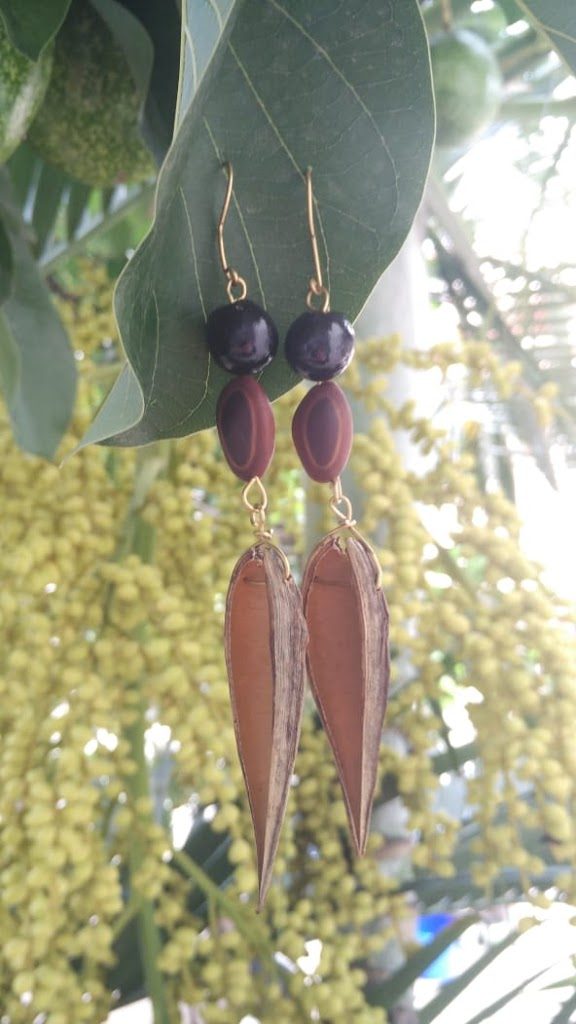 Ramavatar ji, an avid cyclist and self-made naturalist, visited Shibumi last week. He hails from a farming family in Rajasthan. He conducts cycling trips for people who are interested in immersing themselves into the daily life of rural India. On these trips, people cycle around from place to place carrying a limited amount of resources, interacting with local communities, doing small jobs for them, in exchange for meals and stay.

Over the years, Ramavatar ji, has also used jewellery making using seeds as a way of interacting with the communities. It was only natural then, to invite him to do a session in seed jewellery making as a way of fostering an interaction between him and the Bihags (the oldest group at school).
The art of seed jewellery making, in its essence, is very simplistic, as are the tools used. An instinctive minimalist, Ramavtarji, is economical in his words and expressions, even while instructing a group on a new activity. In his introduction he made a pointed reference to the fact that seed jewellery making was not an end in itself but rather a way of bringing people together. And the seeds were all picked up from the ground, thereby not disturbing the natural order of things.

They began drilling holes in the seeds, cutting wires, turning and twisting them into shapes (real and imagined) all the while wondering how it will look; as an earring, nose ring, finger ring or a bracelet ring. With a quip here and a touch there, Ramavtarji helped the activity along. 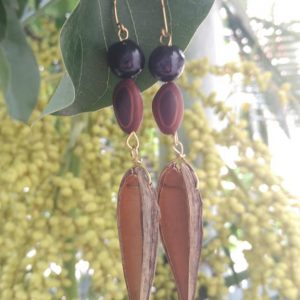 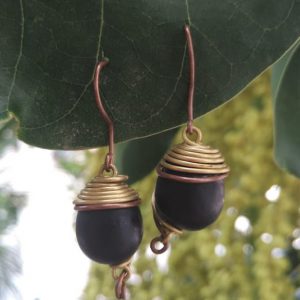 The ‘Bihag’ group was so glad to be with each other in this interaction and enjoyed using their hands  during the workshop that was facilitated so gently by Ramavatar.