Giving Week Round up – Anganwadi 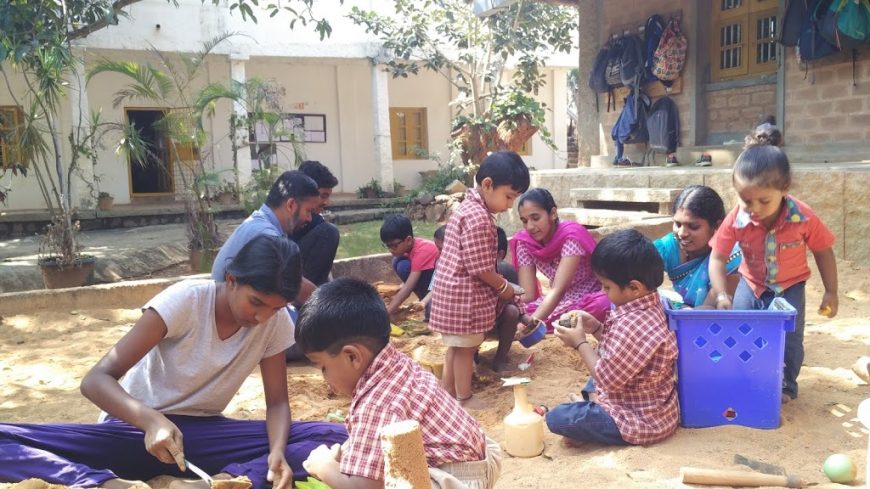 Engaging with the tiny tots at the Anganwadi centre opposite Shibumi during the week through some interactive activities was a delightful experience for everyone involved. Monday was spent on warming up to each other. Playing with clay in the Anganwadi centre was the activity. Tuesday saw them take baby steps into Shibumi. The sand pit was invaded and soon mountains, balls, and towers were springing up. 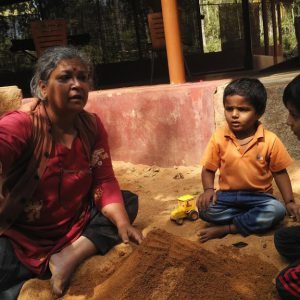 Playing in the swing and running up and down the back verandah, touching the drawings on
the wall and shrieking with joy formed the rest of the day. Wednesday brought on more playing in the sandpit and more smiles all around. On Thursday, the tiny ones moved on to playing with the wooden blocks and making structures twice as tall as themselves.

After a monochromatic, predominantly brown, four days, it was time for an explosion of colours on Friday. Large sheets of paper were laid out in Bijitsu. Tentative brush strokes were soon replaced with bold moves on hands and legs. The children were drenched in paints. The adults were not too far behind.  The giving week ended on a colourful high. 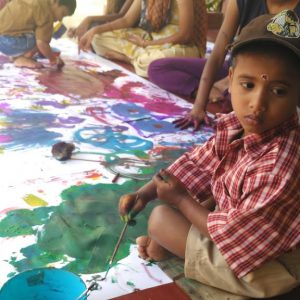 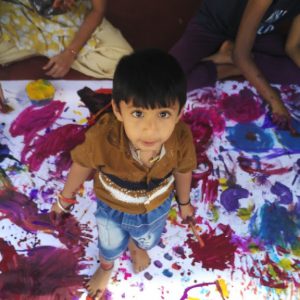