Amorphophallus Titanum’s flowering is rare and unpredictable. (It inspired us to take an unpredictable trip!)

by Shibumi
One Tuesday morning in July,it was the beginning of a great adventure. There was exciting news from the Gurukula botanical sanctuary in Wayanad about the flowering of one of the largest flowers in the world. 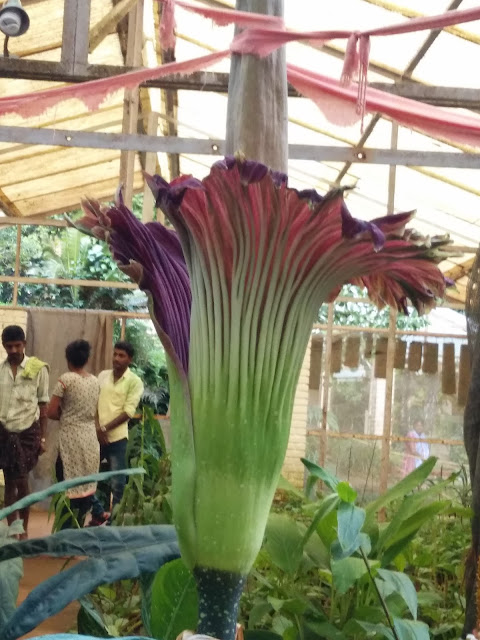 All of us at Shibumi who wanted to see the flower, from the youngest to the oldest, got into the school bus and asked for a drop to Mysore road. The plan was to take a local bus from there, but as we were getting late the journey continued in the Shibumi bus.We thought we should take a drop up to Ramnagara, then we requested a drop up to Mysore, and then finally we stopped at HD Kote. From HD Kote we all piled into two jeeps with their happy drivers and made our way to see the gigantic flower.

It was almost 5:30pm by the time we reached GBS. We made our way walking into the beautiful stone steps and under the large trees to see the flower. It might not have been as big as some of us had imagined, but it was still the biggest that any of us had ever seen. 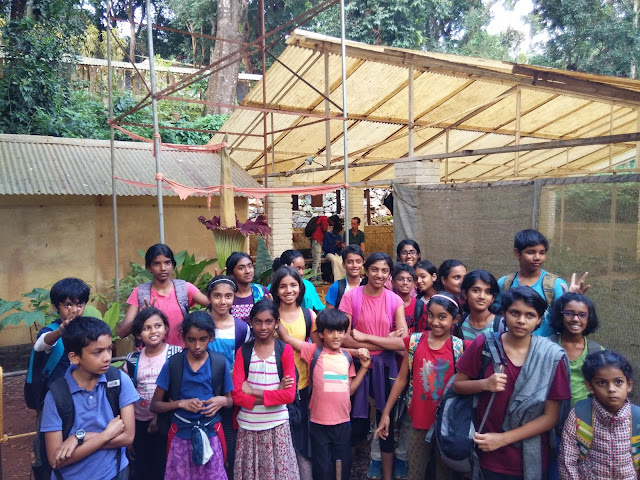 At GBS Sora and Abhishek shared with us all the information on Amorphophallus Titanum; like how the GBS had had the plant for 8 years before it flowered; that it was actually an inflorescence and not a flower, that it was not a carnivorous plant as some of us thought. The ‘darshan’ was over in about 15 mins and then we requested Abhishek to take us for a walk. After a squeamish walk, courtesy the imagined lethal impact of leeches on humans, we settled atop the beautiful tower for the evening quiet time and some stories. 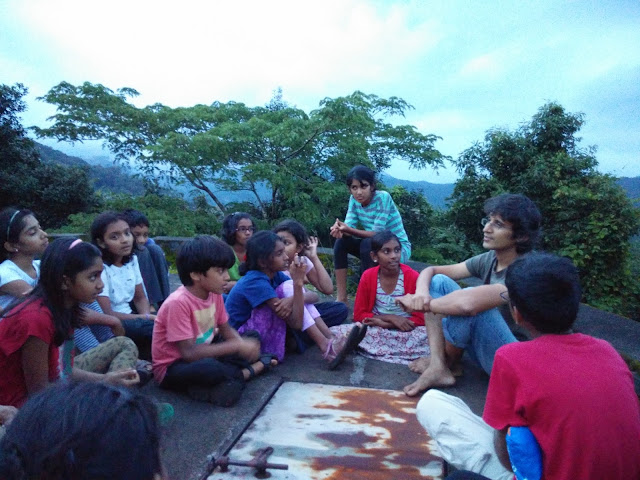 It had been a long day, so after dinner  sleep was just around the corner, quite literally.

The morning came quickly, too quickly for some of us, as the drivers came leaving us all waiting. Somehow,  it didn’t seem to matter as everyone was very excited about all the wildlife sighting the drivers had promised us during our ride back. And, they didn’t let us down. There were, deer, giant squirrels, and wild ELEPHANTS.

We were touched by the wonders of nature…. from the enormous inflorescence to the silent elephants. 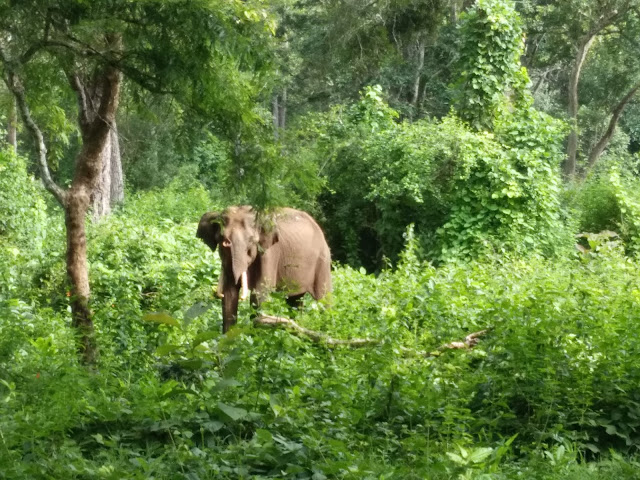